I made myself some badges. Don’t tell @moonwiringclub.

I bought this metal bear lighter at a high school fete when I was about 14. Best 20 cents I ever spent.

Here we go – the end of last year is prompting me to post to this largely dormant blog with a few favourite albums of 2018. Let’s start with… 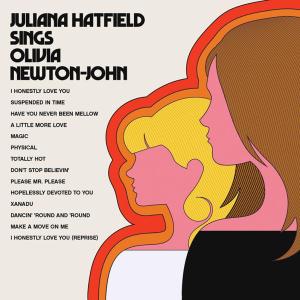 I jumped for joy when I first heard about this and, although a teeny bit long, it’s tops. All your favourites are included, well all of mine anyway I don’t know what your favourites are actually – Have You Never Been Mellow, A Little More Love, Xanadu, Magic, Don’t Stop Believin’, and there’s others I’m less fond of that come out much better in JH’s hands than you might expect such as I Honestly Love You. Then there’s the ones that are OK but I could have done without (Please Mr. Please and Physical, in particular). But wait, there’s more – a few songs were held over for a bonus EP Deeper Than the Night and the super Heart Attack. Nice sleeve art too. 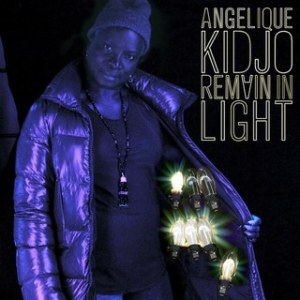 That’s right – the Talking Heads album covered song-by-song but Angelique Kidjo. I couldn’t envision how this would turn out before I heard it, or, how damn well it turns out – it’s excellent and makes complete sense as the original album consisted of borrowed African rhythms. Kidjo doesn’t just reclaim them though, she reinvents them.  Born Under Punches (The Heat Goes On) opens the album strongly, Once in A Lifetime moves away from David Byrne’s twitchy vocal style to something more dancehall and Crosseyed And Painless has even more energy than the original. 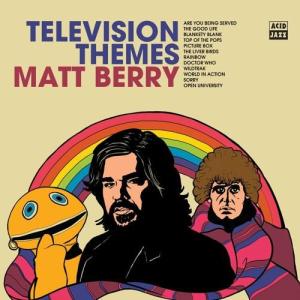 I assumed, wrongly, that this would be a joke album. It’s great. Everything from the 70’s pop illustration sleeve art to the selection of themes is first class. The vocalist on Are You Being Served sounds very similar to the original singer, there’s The Good Life, The Liver Birds, Doctor Who and even the brief idents to London Weekend Television and Thames Television. A few of the themes would be better known to British ears than mine (Blankety Blank, Picture Box, Wildtrak, World in Action, Open University, but what I lose by a childhood in Australia I gain as I discover these.  But how did Berry resist covering Robin’s Nest, The Tomorrow People, Angels and Follyfoot? Volume 2 please.

The Goodies – The Cricklewood Tapes (Network) 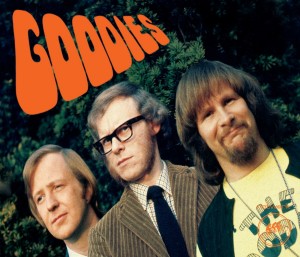 3 CDs of Goodies background music. Yes, about time. I believe there’s a long story about why this took so long to come out, probably the main reason being that the tracks were not intended to be listened to in this way but as an accompaniment to the onscreen action, but it’s here, so, hurrah! Well mostly, there’s no Needed or Run unfortunately as apparently these tapes no longer exist, but, there is a mountain of archive Goodies BGM here to explore. 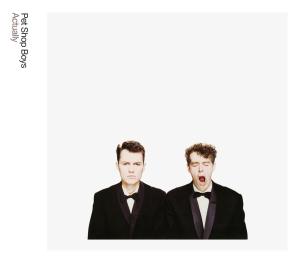 Of course most of this has been released before, but it’s a great way to get hold of a motherlode of PSB material in one place. They also come with nice booklets that help to fill the hole left by the now defunct fan club. 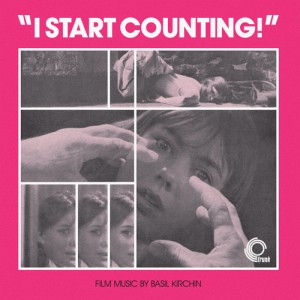 First issue for this soundtrack of moody jazz and soft vocals. I’m even more keen to see the film now. 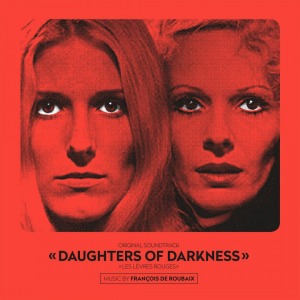 First issue for this one too I think. Gorgeous, moody, spooky jazz. 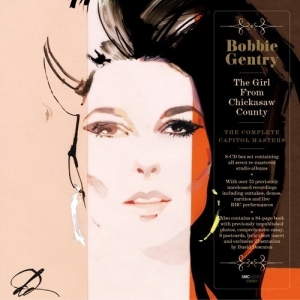 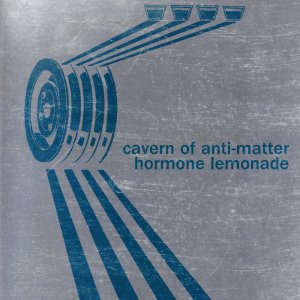 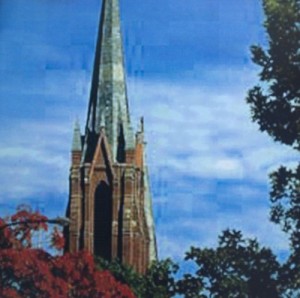 Anything was going to pale in comparison to 2017’s Screen Memories (and this does), especially an album of offcuts, but JM is always a must hear for me. 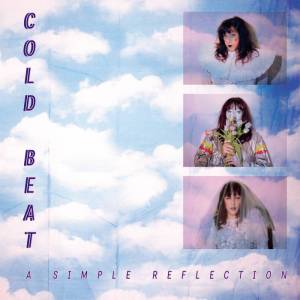 An electronic band from San Francisco discover (one of my favourite albums) Eurythmics’ In The Garden, get obsessed, understandably, and create an ep covering Eurythmics songs from around that time (although only 2 of the 7 are from ITG). Get it from Bandcamp.

In 1994 Frank Black from The Pixies released a pop song called ‘Headache’. Fun song, and it also came with a rather appealing black and white 1950s styled video.

In a case of art inspiring art I think it’s pretty safe to say the book was the inspiration for the video for Frank Black’s ‘Headache’.

Have a look at the video here:

And at these pictures from the Mr. Salesman book. 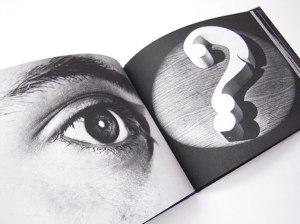 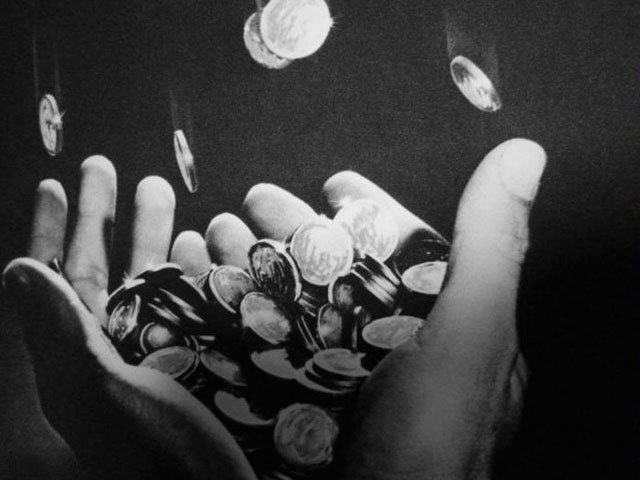 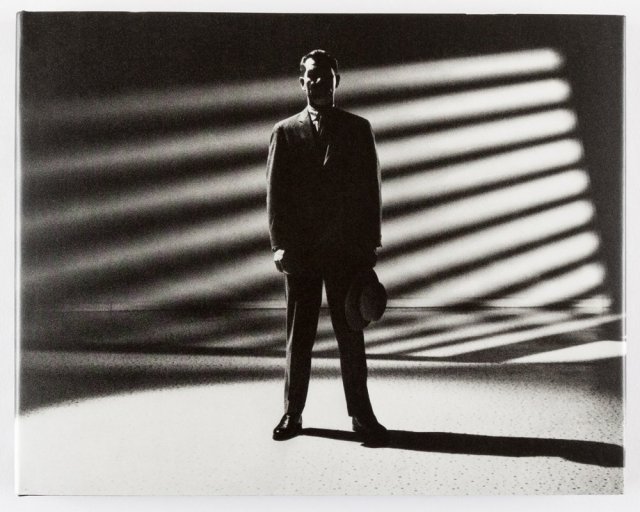 Pel Mel – Rags to Tatters: The Best of Pel Mel 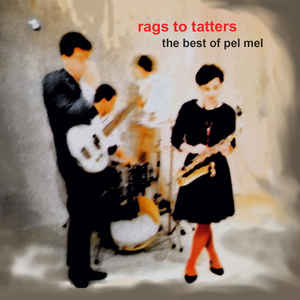 How the superb Newcastle/Sydney Australian 80s Indie pop outfit Pel Mel have thus far escaped a CD reissue is a mystery to me, but it’s great to see that this has finally been addressed with a limited (200 copies only) compilation Rags To Tatters: The Best of Pel Mel (also available as an unlimited download album). RTT compiles most of their debut Out of Reason (1982) and follow up Persuasion (1983) with a two non-album tracks included – their almost-breakthrough single ‘No Word From China’ and the excellent Water (B-side of Blind Lead the Blind 7”). Unfortunately chart success eluded Pel Mel despite their catchy singles and vibrant indie sound. I was hooked the first time I heard ‘No Word From China’ and Out of Reason quickly became a firm favourite featuring the deliriously effervescent singles ‘Blind Lead The Blind’ and ‘Shoes Should Fit’.

This compilation appears to have been released by the band and although it’s a fantastic thing for Pel Mel fans I’m disappointed that they’ve left off some tracks from their albums, in particular the heartbreaking closer from Out of Reason ‘Logic Failing’. Also missing from OOR is ‘Current’, and from Persuasion both ‘Tongue-Tied’ and ‘That Girl Had A Gun’ have been excised. I imagine this was due to space considerations but is still a great shame. A preferable approach would be an anthology double CD to collect both albums in full, following which there would be ample space for single b-sides,  different 7” versions, the 12” of Pandemonium, the early compilation track ‘Click Click’ and probably even their offshoot recordings such as The Limp and who-knows-whatever-else lurking in the Pel Mel vaults. Maybe they could address these missing tracks with a Bandcamp download compilation instead? They’ve already done this with a selection of live tracks – called I’m a TV: pel mel live 1979 ─ 1984

RTT remains an essential purchase and a long-overdue reminder of what an excellent band Pel Mel were – or are, as they reformed in 2012 as Pel Mel Organisation, hurrah!